Can Cats Be Allergic To Catnip: Common Worries And Explanations

Like humans, cats can develop allergies if they come into contact with certain herbs. So can cats be allergic to catnip?  Find out the answer in this article. 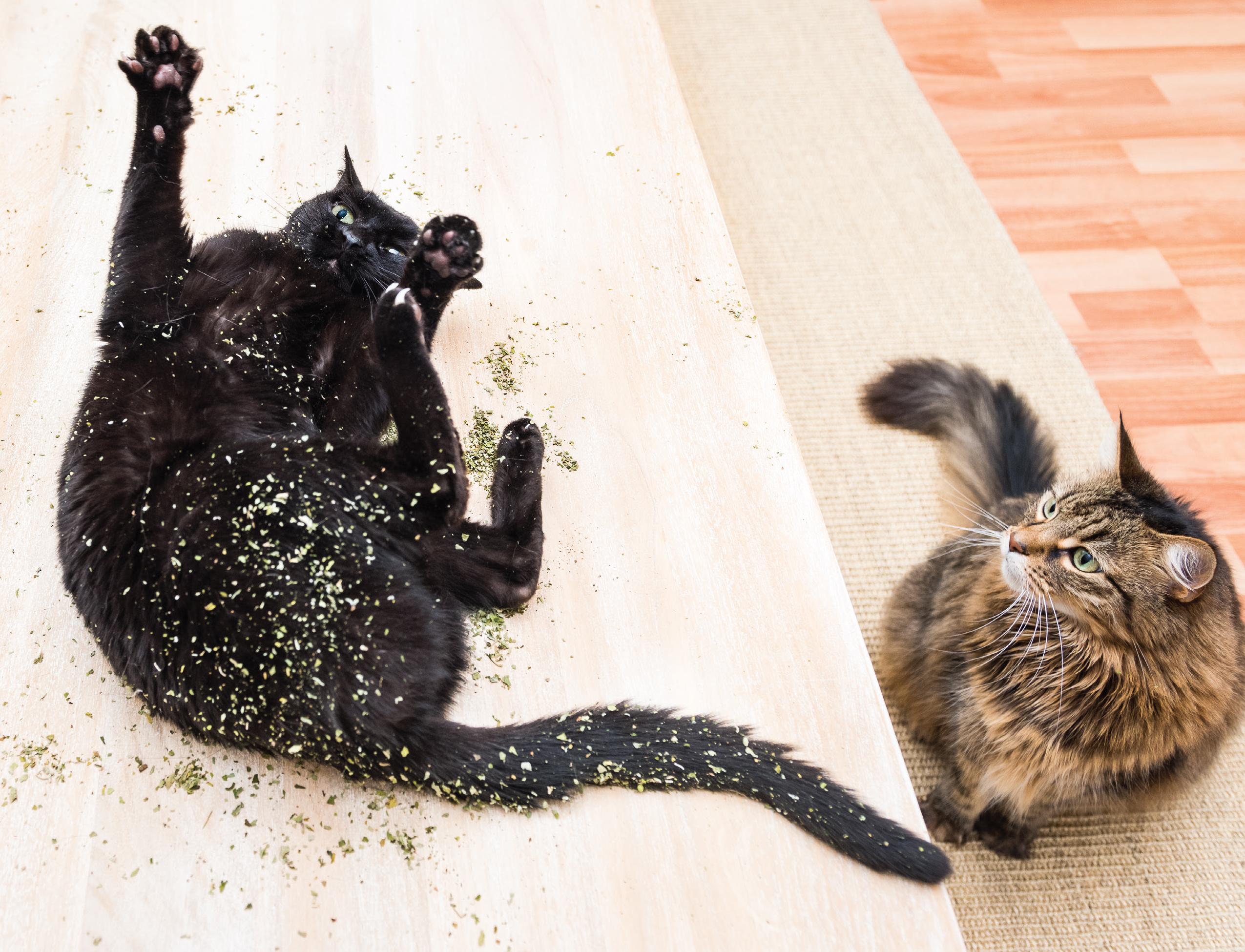 When given catnip (fresh, dried,…), ordinary cats would go into a frenzy for a short period of time before walking away as if nothing happened. In most of the case, people tend to feel amused by the actions of their fluffy friend and proceed to give him/her catnip periodically. Nonetheless, first time owners of cats often concern about the effects of catnip on cats, especially when their pet reacts in a rather abnormal manner. "Can cats be allergic to catnip? " is a frequently asked question when it comes to this issue and the answer varies from place to place. Luckily, if you are in dire need of explanations to relieve your worries, you have come to the right place.

Down below, you would be provided with everything you must know about catnip including what it is, its effect and the odd of catnip allergy. Read through the article and you could answer the question of "can cats be allergic to catnip?" with relative ease. Generally speaking, allergies in cats are far from consistent and it's difficult to determine the trigger without expert assistance. As a result, if your pet experiences severe allergic reactions, it's strongly recommended that you take it to the local veterinary clinic at once. The vet should be able to point out the source of the allergic reactions and devise a proper treatment scheme.

Catnip is a herb that could be found in different corners of the world from North America to Central Asia. You could grow catnip in your garden if you want but take precautions or the house would receive unpleasant visits from cats in the neighborhood. The name "catnip" comes into use simply because Nepeta Cataria is capable of attracting up to 2/3 of the cats on the world with few exceptions. Through several tests, scientist confirms that besides domesticated cats, catnips have certain effects on multiple species of cats such as tigers, servals, leopards, and others. What allows catnip to do that lies in its leaves as well as stems, Nepetalactone.

Effects Of Catnip On Cats Once introduced to catnip, cats would proceed to roll, run, jump, chase and lick hysterically for a couple of minutes. You could say that the cat response more or less resembles human under the effect of marijuana or hallucinogenic drugs. After a few moments, the cat should leave the scene only to come back later, sniff the catnip and the party continues all over again. Overall, if your cat smells the catnip, it produces a stimulant effect and your fluffy friend would move around erratically. On the other hand, if your cat actually ingests the catnip, it produces a sedative effect that promptly sends the pet into a restful state.

Check us out for astonishing cat tips & facts!

For most of the time, people could give catnip to their pet every now and then without issue as Nepeta Cataria carries no side effect. But can cats be allergic to catnip? Well, yes, a small percentage of household cats is allergic to catnip. So it's widely advised that you observe your cat during its first interaction with catnip. In the case there is nothing seems to indicate that catnip is giving your pet a tough time then you could conclude all is good. However, if you cat experience seizures, get it to a vet as soon as possible. As there is no permanent cure to catnip allergy, you just have to search for another variety or keep your cat away from catnip altogether. 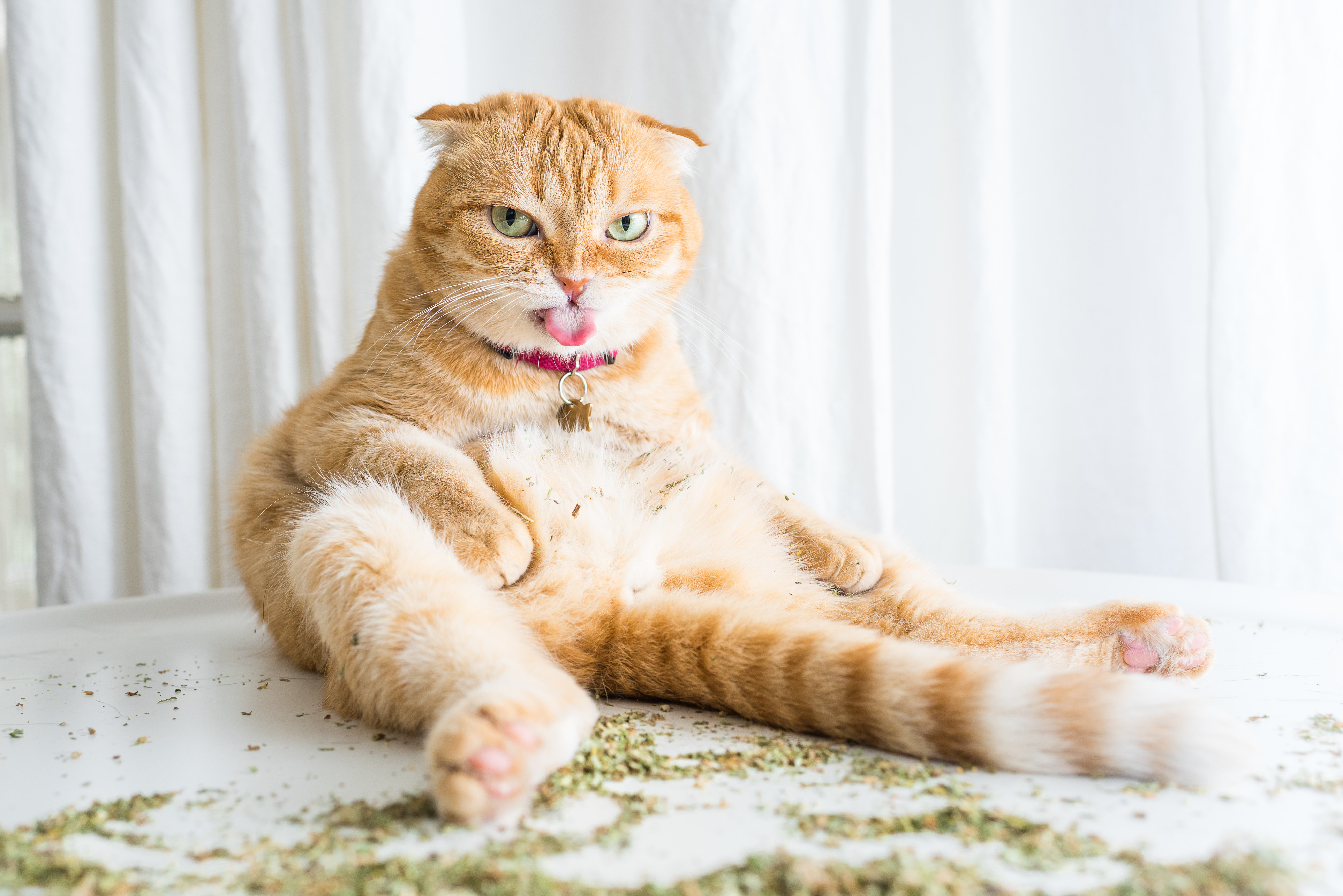 With the "can cats be allergic to catnip?" question settled, now let take a good look at a couple of issues that you should be mindful of while using catnip. Although it's true that catnip usage is fairly straightforward, knowing certain tips and tricks could make things much easier. Put the following information into practice to get the most out of the catnip while also keeping your pet safe.

While aggression is typical during cat-to-cat interactions, some cats love catnip so much that they would be willing to fight for Nepeta Cataria. That is why you if you are raising several cats in the house, don't give out catnip when they are all in one room. In order to gauge the reaction of each cat, provide catnip on an individual basis. If the cat reaction appears to be mostly tolerable, you could treat it to catnip every once in a while. On the other hand, id the cat exhibit aggressive behaviors like hissing and biting, leave the room and wait till your cat take a nap. At that point, go in, remove the catnip and then proceed to reconsider your approach.

Don't Give Too much

As mentioned above, cats could ingest catnip just fine and that is a great way to relive your pet stress. That being said, catnip poisoning is a problem that every pet owner need to keep in mind at all times. Symptoms of catnip poisoning often include diarrhea, nausea, and vomiting. Fortunately, catnip poisoning is not exactly life threatening and more like a nuisance as the cat body could cure itself. Nonetheless, it's best that you just refrain from giving your cat too much Nepeta Cataria in the first place. To be on the safe side, consider purchasing toys that contain catnip so your cat could not accidentally ingest a large amount of the herb.

Catnips Have Negligible Effects On Kittens Along With Senior Cats

Experts often say that you should not waste Nepeta Cataria on kittens that are younger than 6 months or around that. At that age, cats are sexually immature so Nepetalactone could do virtually nothing to them. In the case of senior cats, they are pretty mellow and would likely not response energetically to catnip or any type of simulations in general. Several old pets nonetheless enjoy a good roll in the catnip from time to time though they would not get as hype as younger cats.

Find out more about cats' health issues and find fun stuffs at Cattybox!