My Cat Ate A Raisin: An Analysis Of The Danger

My cat ate a raisin and threw up. What should I do now?". Check out this article and find the answer to that question. While cats seem to be more or less picky eaters, they still like to sample virtually everything that within reach including snacks of their owners. Unfortunately, the habit causes a lot of troubles to pet owners as certain human snacks are toxic to cats and raisin is one of them. Once raisin enters the system of your fluffy friend, it could lead to diarrhea, vomiting, kidney failures and so on. That is why it's of utmost importance that you never give some raisins to your cat as a treat. "My cat ate a raisin. Should I take him/her to the vet?" is a common question asked by a lot of first-time owners.

In the case you cat recently consumed raisins and started experiencing great discomfort, this article got essential information for you. Down below, you would be provided with overviews about the effects of raisin on cats along with proper solutions if your pet has raisin poisoning. Overall, most cats rarely attempt to go after raisins on their own initiative so raisin poisoning in cats is uncommon. That being said, if it does take place, the "my cat ate a raisin" issue requires decisive and immediate responses.

Important Note: Keep on reading only if your cat is in a somewhat stable condition. In the case, your pet throws up constantly without sighs of relief, get it to a veterinary clinic at once.

Raisin: Why It's Not Good For The Average Cats

Generally speaking, there are significant differences between cats and humans when it comes to biology. So it's unsurprising that the digestive system of your adorable feline could not accept specific types of human foods. In the case of raisin, cats receive no benefits from them as their nutritional needs are mostly met through meats. Unlike omnivores and herbivores, being carnivores means that cats have to obtain much need vitamins and amino acids by eating the flesh of other animals. At best, giving your pet raisins as well as fruits in general only introduces empty calories to the cat body. At worst, organs failures might occur all of the sudden.

What Raisins Have In Them That Give Cats Troubles

Despite the fact that raisin poisoning in cats is widely accepted to be a real threat, people have substantial difficulty understanding the mechanism behind it. Many researchers assume that fresh grapes contain a chemical that causes kidney failures in cats. As raisins are essentially dried grapes, the concentration of that particular chemical is higher and the effects are obviously stronger. In order to get rid of the substances and minimize their damage, the body of your cat would utilize diarrhea and vomiting with limited successes. However, such methods tend to lead straight to dehydration and also devastate the health of your pet in the process.

A List Of Notable Symptoms Of Raisin Poisoning In Cats

Laboratory studies show that certain cats are able to gobble up raisins and walk away without any problem at all. As a result, observation is the best way to decide whether your pet is suffering from raisin poisoning or not. Keep in mind that the symptoms could take several days to manifest so pet owners that are dealing with the "My cat ate a raisin" issue must pay close attention. In the case you want to be on the safe side and don't like to take risks, just schedule an examination with the vet.

Once you detect these signs after your cat consumes raisins then it's likely that your car has raisin poisoning. Wait for no further and proceed to get your pet to the vet for appropriate treatments. The earlier your cat receive well-organized treatments for raisin poisoning, the greater the chance of making a full recovery.

How To Take Care Of Raisin Poisoning On Your Own 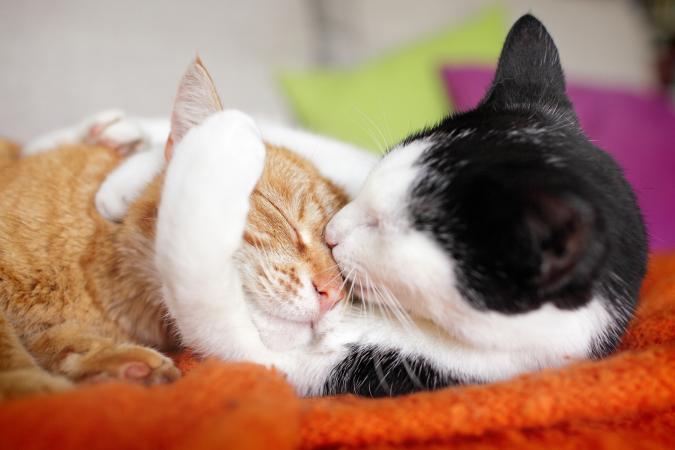 In the case that you manage to catch your cat while it's munching raisins, there is something you could do to remediate the situation. Since you need to get the raisins out of the body of your pet as soon as possible, you must force it to vomit immediately. In order to do that, give you cat several teaspoons of hydrogen peroxide with each teaspoon equal 10 pounds of weight. For example, if the weight of your cat is 20 pounds or so, he/she is going to need around 2 teaspoons. With a bit of luck and patient, your fluffy friend should throw up within 10 – 15 minutes and there go the raisins.

Give your cat another dose of hydrogen peroxide if it refuses to vomit but that would also be the limit. It's generally unwise to administer hydrogen peroxide more than two times so if the second dose doesn't do the trick, leave your cat in the hand of vets. There is a good chance that they would resort to other ways to induce vomiting in your pet like activated charcoal to solve raisin poisoning. Intravenous fluids could also be used to tackle the toxic.

Check us out for various cat tips & facts!

Preventing You Cat From Consuming Unhealthy Substances: Tips And Tricks

At this point, you should know how to react when it comes to the "my cat ate a raisin" issue. Now let's see if you could prevent it from happening in the first place.

Keep raisins, dairy products, alcohols and so on in the fridge so your pet can't access them by itself. In addition to that, make sure that family members know what they could and could not give to your cat.

Cats that receive enough nutrients are less likely to eat foods dropped on the floor. For most of the time, such a habit also discourages your cat from consuming raisins.

Occasionally, cats beg their owners so they could have a taste of the foods that their caretakers like so much. Once that takes place, make sure not to give in and never ever hand out some raisin to your cat.