How To Keep Cats From Using Dog Doors: Comprehensive Analyses

So you cat manages to take advantage of the dog door to roam the outdoors unsupervised?  Check out this article to learn how to keep cats from using dog doors.

It comes without saying that cats live longer if they are raised as indoor pets which keep them from harms such as predators, moving vehicles,... The same could be said about dogs but generally speaking, it's fine to let your dog access the yards. But what should you do if your cat also follows your dog to the yards? It's likely that the fences surrounding the yards would fail to prevent the cat from escaping into the street. Because of that, it's of utmost importance that pet owners know how to keep cats from using dog doors.

So your cat happens to be an escape artist that makes good use of the dog door at every opportunity? If that is so, you come to the right place. This article contains a couple of issues that people have to remember if they wish to learn how to keep cats from using dog doors. As long as you are able to understand the fundamentals, it's simple to discourage your cat from approaching the dog door with ulterior motives. Although cats are indeed erratic, they would know what behaviors are considered acceptable/unacceptable if you could train them well.

Dog Door: What Is It 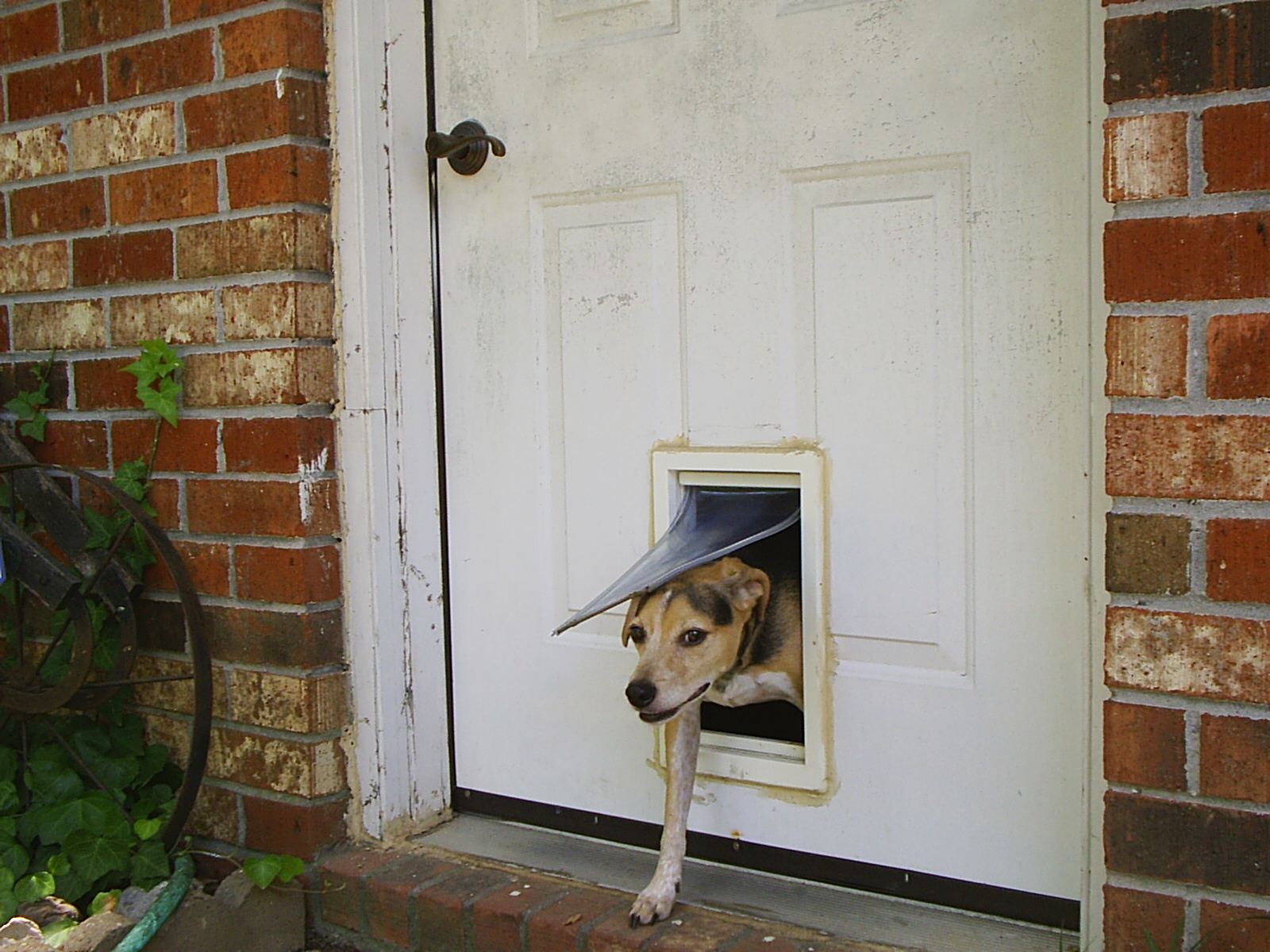 Before we actually discuss how to keep cats from using dog doors, it's a good idea to take a quick glance at the characteristics of the dog door first. Once you get a firm grip on the door, you should be able to decide the best course of action.

As the name suggests, people use the dog door to give their dog access to various parts of the house without human assistance (mainly from the interiors to the yards). For pet owners that spend a major portion of the day away from the house, the dog door allows the dog to move around conveniently. However, if you also raise a cat, there would be troubles: you want to reserve the use of the dog door strictly to your dog. In the case your cat somehow manages to reach the outdoors through the dog door, it's going to run into a lot of dangers.

There are 2 types of dog doors on the market available for purchase: flap and electric. Flap dog doors consist of 2 components: a frame and a flap (made from lightweight materials). In order to get through conventional flap dog doors, dogs only need to push through the flap which is a breeze unless you have puppies. On the other hand, electric dog doors utilize technological advances to stop other animals besides your dog from getting in. Your dog must wear a collar that emits signals to activate the unlocking mechanism once it gets near the doors.

"So I guess that electric dog doors are superior to their flap counterparts when it comes to keeping my cat indoors, right?" some people think. Actually, cats are nature-born escape artists which mean they could exploit virtually everything in the vicinity to achieve the goal of reaching the outdoors. In fact, cats are known to wait patiently by the electric dog door until the dog approach and squeeze through after the door is activated. Nonetheless, cats are unable to get back into the house by themselves which leaves them in a rather precarious situation. 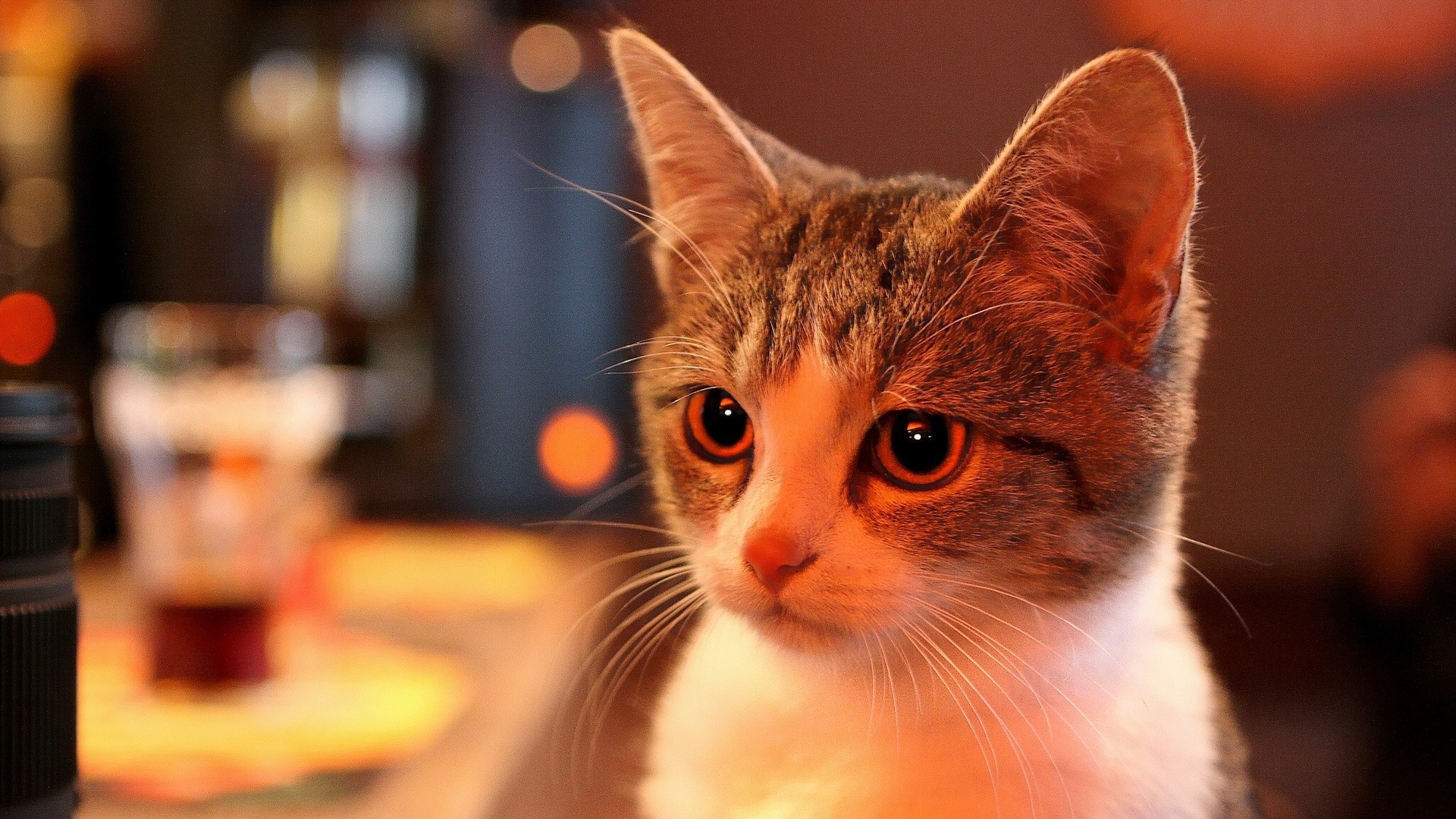 Now you should have known the basics of dog door on the market so let's see how to keep cats from using dog doors. Needless to say, different cats often react differently to particular methods so prepare to switch if things fail to improve.

Manufacturers quickly notice the troubles of raising dogs along with cats in the same house: they need to make something that only dogs could use. That is the reason behind the introduction of spring-loaded flap doors, they resemble conventional flap doors but have some springs located around the flap. As a result, dogs have to use more force to overcome the springs before they could get through the door. Because of that, there is a good chance that cats would be unable to move the flap on their own which saves you a headache.

For pet owners that have strong cats, putting together an invisible fence system is a great option in most cases. First, you need to set up the boundary of the fence and as always, take the nature of your pet into consideration before doing anything. Next, put a special collar on your cat, the collar shall deliver audio warnings if the pet approaches the fence. If your cat breaks the boundary, the collar would generate static shocks until the pet retreats into the designated zone.  Overall, the method performs admirably for the investment it requires.

Generally speaking, ScatMat models work in a similar manner to invisible fences: they rely on static shocks to correct behaviors. That being said, ScatMat could not tell dogs from cats which means every animal step on ScatMat would be shocked. So you need to determine if statics of the ScatMat cause your dog to steer clear of the dog door. Besides that, feel free to spread ScatMat around the dog door to prevent your cat from escaping into the outdoors.  You should be able to secure some ScatMat at most pet stores at reasonable prices.

Quick Reminder: In addition to physical means, pet owners could resort to the mental factor as well to keep cats away from the dog door. All you have to do is to wait around the corner while maintaining direct visual contact with the dog door. Once you detect that your cat is approaching the dog door, have someone on the outside make a loud bang.  Most of the time, your cat would proceed to run away without looking back. Repeat the process once in a while and your cat shall feel that the outside offers nothing but suspicious noises.